R from the turn of the century 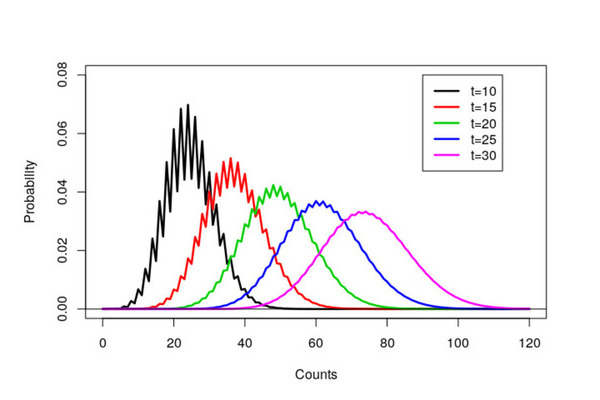 Last week I spent some time reminiscing about my PhD and looking through some old R code. This trip down memory lane led to some of my old R scripts that amazingly still run. My R scripts were fairly simple and just created a few graphs. However now that I’ve been programming in R for a while, with hindsight (and also things have changed), my original R code could be improved.

I wrote this code around April 2000. To put this into perspective,

Basically, sharing code and getting help was much more tricky than today - so cut me some slack!

My original code was fairly simple - a collection of scan() commands with some plot() and lines() function calls.

The resulting graph ended up in my thesis and a black and white version in a resulting paper. Notice that it took over eight years to get published! A combination of focusing on my thesis, very long review times (over a year) and that we sent the paper via snail mail to journals.

How I should have written the code

Within the code, there are a number of obvious improvements that could be made.

Overall, other than my use of scan(), the actual code would be remarkably similar.

An interesting experiment is how the code structure differs using the {tidyverse}. The first step is to load the necessary packages

The amount of code is similar in length

and gives a similar (but nicer) looking graph.

I lied about my code working

I can’t find when the _ operator was finally removed from R, I seem to recall around 2005.